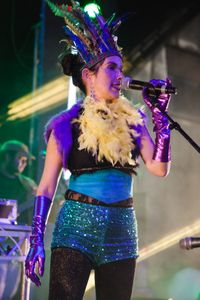 ¡Fiesta! is a callout to come together in support of our most biodiverse treasure, the Ecuadorian Amazon and Andean Cloud forests and all the indigenous communities who depend on them. These forests and the communities they sustain are threatened by mining concessions awarded to many Australian-owned corporations.

Funds from this event will be used in Rainforest Actions Group’s campaign to protect these forests!

The Rainforest Action Group (Melbourne) undertakes research, education, advocacy work, and non-violent direct action to halt the massive expansion of mining in Ecuador. We are committed to securing the earth's ecological future and a sustainable and equitable society through supporting indigenous self-determination and alliances between indigenous organisations in Australia and abroad.

Our current campaign focus is halting the massive expansion of mining, oil and gas production in Ecuador.

One of the big projects that this gig will help support is the completion of the film Marrow of the Mountain - a documentary on the impact to local communities of expanding large-scale mining in northwest of Ecuador, with a focus on the unique Choco Rainforest and the impacts of mining on women. marrowofthemountain.com Other projects that the funds from this gig will support are:

Come Together Music and Arts Festival

The Come Together Music Festival celebrates the good things in life including great music, wellbeing and having fun together @ Edendale Farm in Eltham • People of all ages are welcome with something for everyone to enjoy — fantastic music and heaps of kids’ activities. Food and drink available. • This Festival supports organisations that focus on improving mental health and wellbeing including The Black Dog Institute, Mind Australia, Heapdspace & The Australian Refugee Institute • This is a community event, run by passionate community members for the whole community - we aim to provide one of the best days out that can be found in Melbourne! 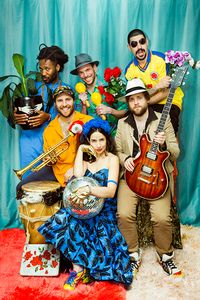 Melbourne’s own tropical, electro-funk band Miss Colombia will launch their debut album Open Your Eyes with an explosive afternoon of carnivalesque music, dance and performance that will transform Northcote Social Club into a South American street party on 6 October from 2-5pm.

Miss Colombia band is at the forefront of an emerging genre of music where Latin beats and rhythms fuse with Australian urban sounds. Their all ages, inclusive concerts feature dancers, visually stunning costumes and video art projections which make a Miss Colombia gig a treat not only to the ears, but also to the eyes.

Aiming to be a deliberate counterpoint to mainstream cultural representation of Colombia seen on the Miss Universe stage, or on Netflix’s Narcos, Miss Colombia combine elements of Caribbean groove with an electronic, psychedelic, hip-hop feel bringing a new kind of tropical spice to the dancefloor.    Band leaders Jorge Leiva and Claudia Escobar grew up in Colombia in the 70s and 80s and, like many of their generation, ventured out to explore global modern cities and became rooted the counterculture of Melbourne. Jorge was percussionist for Mister Gomes en Bombay, one of the breakthrough bands in Colombia’s resurgence of electronic Cumbia. Multi-award winning artist Claudia Escobar, has a contagious stage presence to get the party started.     Joined by hip-hop rising star Cazeaux O.S.L.O, MC Clandestino’s socially conscious lyricism, guitar especialista Mat Robb and afro-funk styling prodigies Jay Scarlett and Anthony Tropea, Miss Colombia have been entertaining audiences at festivals around Australia since 2013.

“Our generation grew up looking to fly somewhere, we came to Australia and it felt good, Melbourne spoils us, indulges us, we like it, though we also constantly feel so strongly how we miss Colombia. Open Your Eyes is about loving and missing” (Jorge Leiva and Claudia Escobar)   Released independently, Open Your Eyes is the result of five years of work and alliances between more than twenty-five Melbourne based artists including producers, musicians, performing artists and video artists. The album is the product of the efforts of a broad range of artistic practices, international cultures, musical styles and a celebration of the modern urban community in Australia.   Miss Colombia’s music has also featured in film, television and online media campaigns. They were commissioned to create music for the internationally awarded animated short film Butterflies (2017); contributed to the worldwide social media campaign against stereotypes The Colombian Ambush (2018), and in Australia their music has featured on series Idiot Box (2015).   From 6 October Open Your Eyes will be available on vinyl at record stores and will be available to download at https://misscolombiaband.com/music   MEDIA ENQUIRIES: Claudia Escobar /  misscolombiaband@gmail.com / 0449 163 753

Uno, Dos, Tres, Cuatro. Bomba your way into the new sounds of Latin Australian music. Whilst the “Despacito” phenomenon has awakened a new wave of Latin music, and shone a light on Latin sounds from around the world, the Australian scene has been shaking it up for well over a decade. A thriving scene of collaborating local and Latin musos have been cooking up cumbia, bossa nova, samba, tango, mambo, boogaloo, reggaeton, cha cha cha and salsa with genres like Indigenous, reggae, rock, funk, hip hop, dance and pop for some time. The result, a truly unique Latin Australian powered sound and a night of boss Latino/Australian action!

With Tropical Carousel, Miss Colombia brings on a summery carousel where the surreal, the absurd and the playful will delight.

Inspired by South American electronica and psychedelic tropical culture, Miss Colombia will lift audiences’ spirits, thinking and dreams with a visually explosive, bright and carnivalesque South American party show where musicians and dancers will be transformed into glowing characters as they put on a one-hour show enhanced by visual dreamy video art. 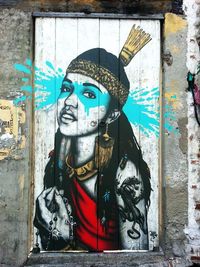 Miss Colombia and The Electropical Orchestra

As part of the Darebin Music Feast 2017, get ready for a night of electropical sounds, Caribbean rhythms, Afro-Latin grooves, freestyle phrasings and dancing feet. Miss Colombia and her exotic and carnivalesque show will be supported by the one and only Electropical Orchestra and their Descarga musical mixing traditional Afro-Colombian music with electronica. A party for all senses! $10 on door Miss Colombia (Darwin Festival, 2016; Brunswick Music Festival, 2016; Melbourne Fringe Club, 2016, 2015) is neotropical music made in Melbourne. Inspired on South American electronica and psychedelic tropical culture, Miss Colombia's sound combines elements of the Caribbean grandeur with an electronic, funky, psychedelic and hip-hop feel. The Electropical Orchestra (La Descarga) is psychodelia electronica mixed with Caribbean and Afro-Colombian grooves. The perfect party makers, mix and mindblowers. There will also be special appearances and musical surprises!

As part of Leaps and Bounds Music Festival, Bar Open presents a long-awaited Colombian Independence Day Party like no other.

Expect music that goes beyond generic tags like “fusion” or “world music”, and digs freely into the realms of Andean folk, punk, cumbia, free jazz, pop and psychedelia. DJ Don Salazar will top it all up!

Come Together Music and Arts Festival

Experience a showcase of award winning craft beers, ciders, and spirits as you stop, sip & savour the very best!

On this night Miss Colombia is launching its latest single "This one's for you" at the Showcase LATE LIVE DANCE party presented by the Foreign Brothers.

On this night the Gasometer Hotel will be transformed into a 2 stages, immersive space with LIVE MUSIC till 3am feauturing the most eclectic line-up in town: 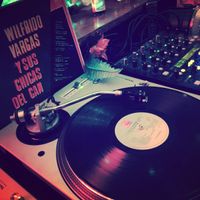 Miss Colombia will be playing her delightful DJ Set. 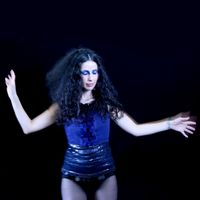 ONE SHOW ONLY Inspired by South American psychedelic tropical culture this night of music, theatre, dance and visuals will take you straight into the nocturnal power of the Caribbean ocean.

On Friday 4 November from 7:30pm until 8:30pm, Studio 1 at Northcote Town Hall will become a tropical nocturnal oceanic force. Presented by Darebin Music Feast and produced by South American culture celebutante EL TARRO, the night will feature Melbourne’s own Miss Colombia, which sound combines elements of the Caribbean grandeur with an electronic, contemporary, funky, psychedelic and hip-hop feel.

For Darebin Music Feast, Miss Colombia is turning off the colourfulness and taking its theatricality to the extreme, giving audiences the chance to listen to its music and sound, discover stories, while experiencing its visual energy under a blue nocturnal shade, like never before.

In Monochromatic, Miss Colombia will emerge from a tropical ocean at night presenting a sequence of its original themes bound by psychedelic sound environments back lined by visuals of the ocean at night-time. In between aquatic tints, tones, and shades musicians will playfully arise as nocturnal creatures, while dancers and theatre performers will be transformed into ritualistic spirits. 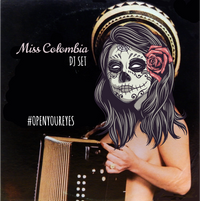 Vamos has been open for two years and we're going to celebrate with a Day of the Dead party!!

Come along dressed in your best "Dia de los Muertos" costume and make up and enjoy a range of great bands and DJs to make even the dead come to life on the dancefloor!

Cocktails include Zombies and Corpse Revivers!! 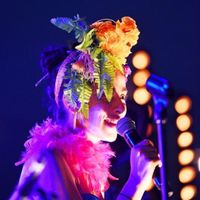 FREE EVENT Come along for a preview of this year’s Darebin Music Feast in the outdoor dining precinct at Northland Shopping Centre, and while you’re there, celebrate Northland’s 50th! Featuring performances by the wonderful, carnivalesque Miss Colombia, Decibels artist, Chitra, and dancing go-go fun with Darebin’s own, Anna Go-Go. 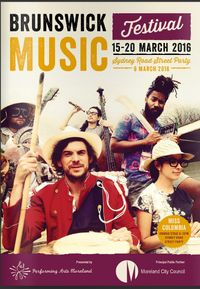